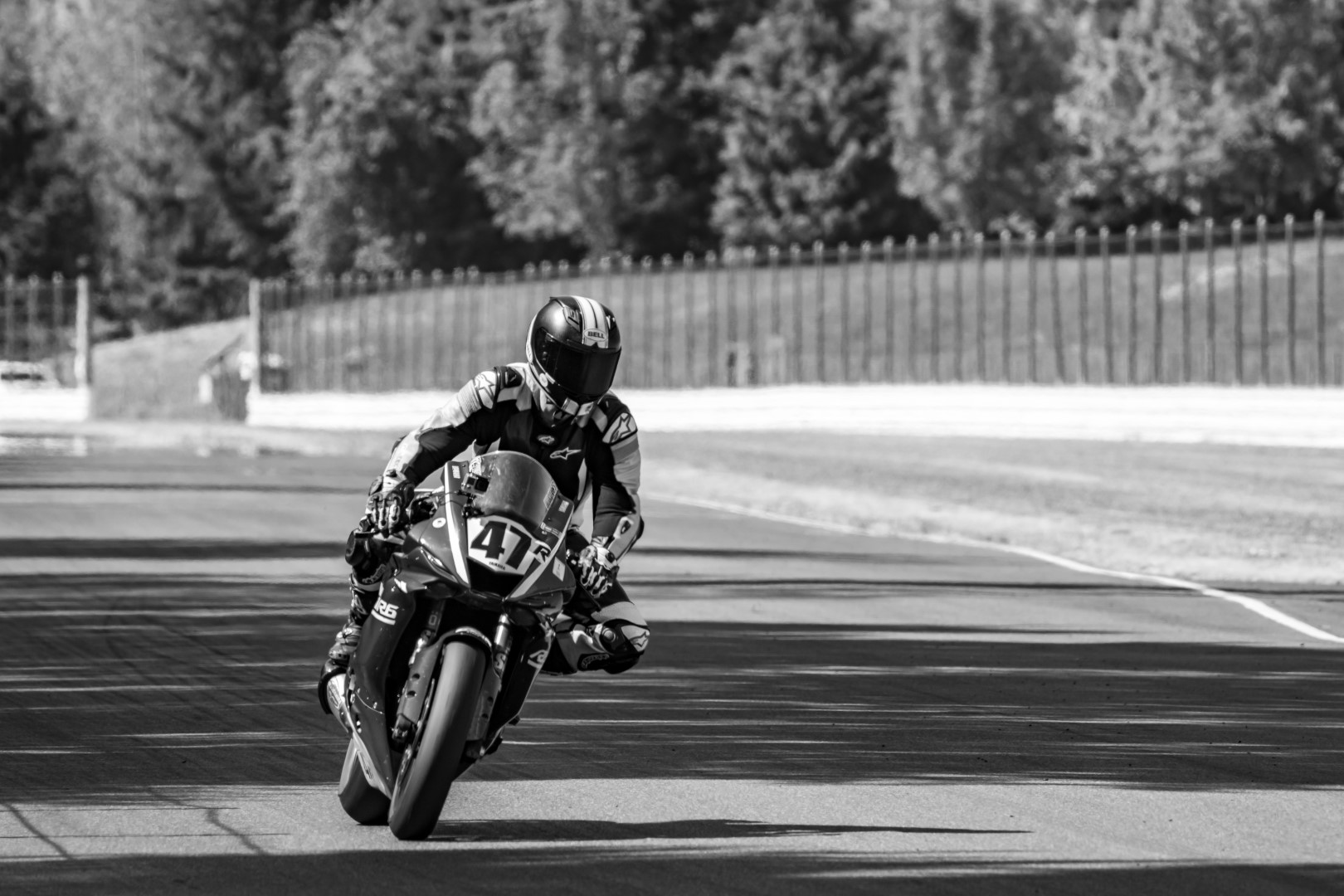 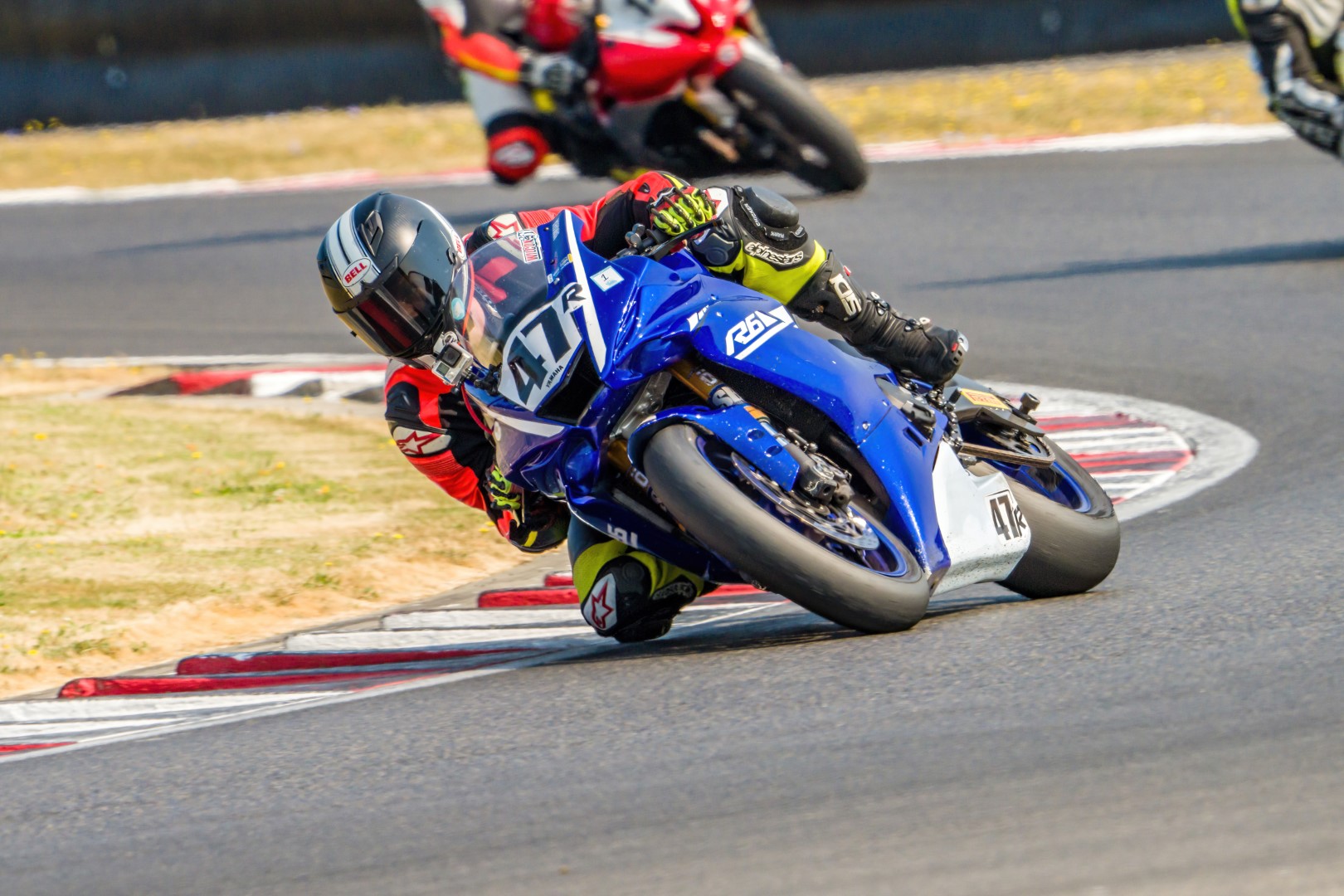 After a year of absence, I made it down to Portland for a race round. And what a round, filled with tight racing and sweltering temperatures.

This round is the first time I’ve attended that 600 motorcycles would use the chicane. I like what chicanes do to most tracks. It tends to make things a bit more interesting, more technical, and I like a challenge. Portland was no exception. The hangup being that the first time I could ride the chicane was in morning practice. The track day didn’t run the chicane for racers. No time to learn like the present. Luckily there isn’t much time to be found in a chicane. I was able to qualify on the 5th row of most of my races. This isn’t as high up as I’d like, but it also is close enough to the front that with a solid start I won’t have much traffic to work through.

Oh, and even at 10 AM you could tell it was going to be a toasty day.

Before leaving the pits, my thermometer said the track temperature had reached 142F. That is very very warm. At least I knew my tires would be adhering to the surface.

As soon as the green flag waved I got away with a solid start. I ended up in a race with Micah Kudo. He got around me and I pressured him for the race. It turns out the pressure did get to him. Micah tucked the front of his bike into the Chicane trying to keep me behind.

It didn’t cool down for 600 Superbike. For the first time in my racing career I experienced a motorcycle down on power due to heat. Normally the bike pulls to redline, but around 14k RPMs it would just stall out. It was no wonder, the coolant was reading 220F on track. I asked around the paddock and my bike wasn’t even the warmest with a competitor running closer to 230F.

Riding a bike in those temperatures, everytime you tuck in for a straight it is like getting hit with an industrial hair dryer. This is a change to straights usually being a relaxing and cooling opportunity. I couldn’t wait to lean off the bike again and get away from the radiator heat.

I didn’t place incredibly well but I did set my personal best lap at Portland with the chicane in this race. I felt like I was figuring things out.

I normally wouldn’t run Amateur, but I decided to do it to join 3 others from Short Fuse Racing on track. We don’t often all ride in the same class so it was a fun group activity.

I didn’t qualify so was starting from the back of the grid. Luckily I have some experience starting and got off solidly and slotted into a top 10 spot into turn 1 and was P7 by the time we crossed the line the first time.

I spent the next few laps passing to get up to 2nd. I went for a pass into 1st on the back straight on the outside but, unfortunately, just as I did that the other rider had a bike malfunction and found false neutral. This is disruptive for most anyone, but in an amateur competitor I imagine it was surprising. They ended up making a body adjustment and drifting wide. We made contact at around 125MPH. I managed to snap their rear spool off, I gained a hole in my bodywork, and left the racing surface. Luckily, I kept my head and rode it out, rejoining the racing surface in 4th place. I spent the rest of the race getting back to 2nd and then was a bit timid to repeat our former activities. 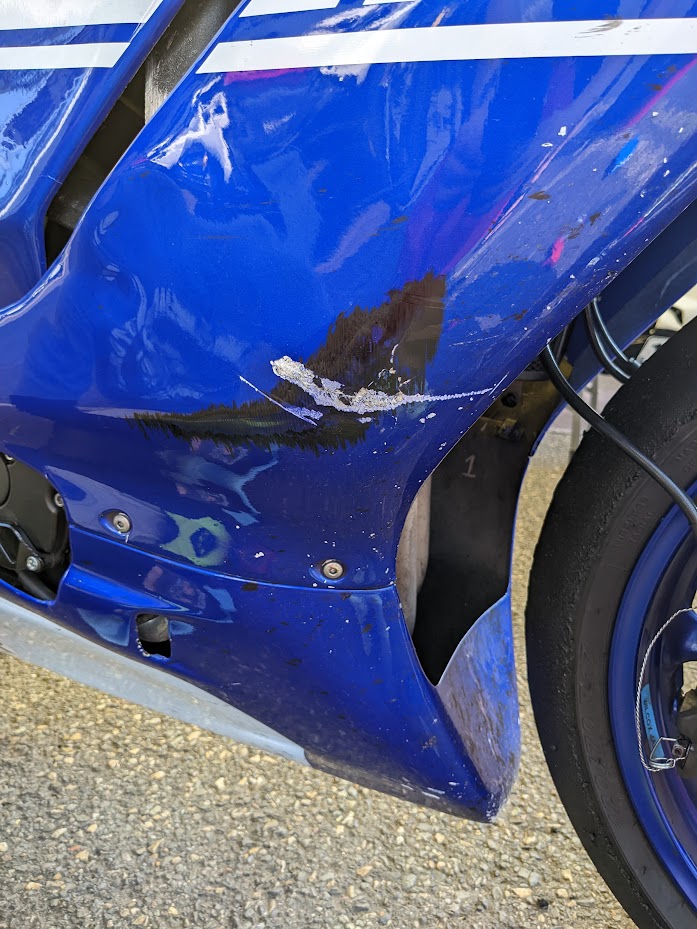 This was a fun race. Though I think no contact would have been more fun, but that’s racing ;) It turns out the contact was enough to bend my fender mount and my fender had spent the race rubbing on the front tire. I was fortunate a worse failure didn’t follow the original incident. 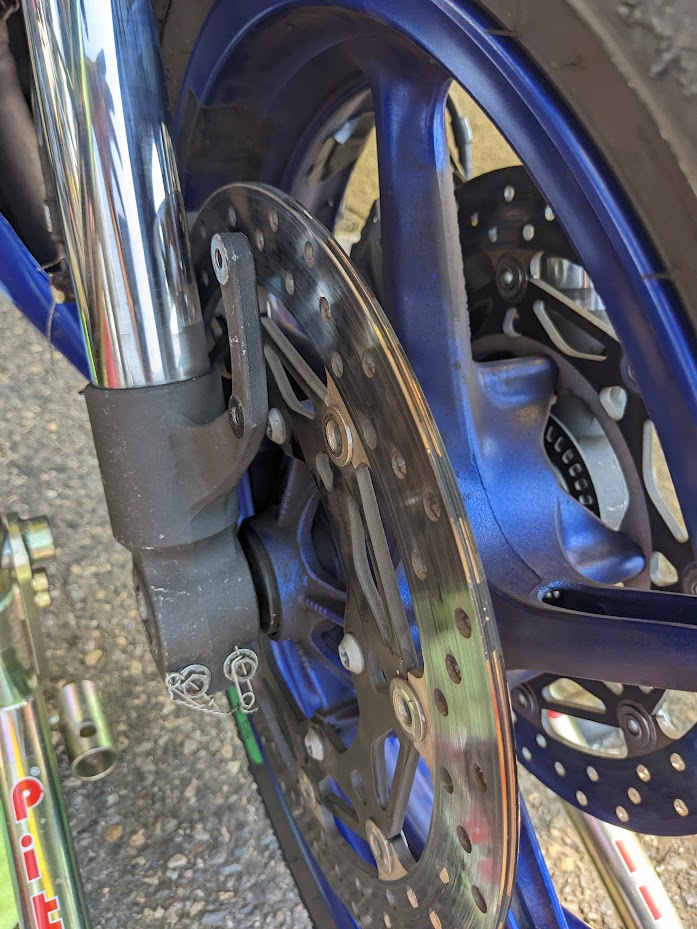 600 Supersport turned into a two part race. The first part was red flagged due to a rider down. I got a good start, and hoped to repeast.

The restart would be a 6 lap race now and unfortunately my start wasn’t quite as good. I had managed a top 10 finish. I left however mostly feeling I was giving up pace in areas. I want to get back down to PIR to clean up some of my corner exits. I know I have more pace than I showed this weekend.

In a word this race was survival. It was so warm. Before our race we had a delay, which meant I was suited up well before I needed to be, baking myself. Before I even left the pits I wasn’t feeling my best. I was too warm, and physically couldn’t drink more water. Leaving the pits I told myself my only job was to ride safely and finish the race. I did that and can say I can race in a slow cooker.

I have to thank Short Fuse Racing for all of their support every race round. We traveled south as a group and had a reasonably good showing taking home a few pieces of hardware as a group.

Thanks to Track Time, Alan Schwen, Ken Hill, and all of the other staff members. I say it all the time but my riding is where it is thanks to the entire team.

Thanks to Sage at Pirelli/CTRacing for sticky tires, always being quick to help me get things swapped around for races, and just being a friendly face in the paddock. Sage worked himself into sickness in the heat this weekend which was just outstanding. I know you have my back.

Thanks to Louis Stevenson for taking amazing photos, bringing ice cream, and providing good conversation in our pits.

Looking forward to racing at the Ridge in a few short weeks. With any luck it won’t be quite as warm. 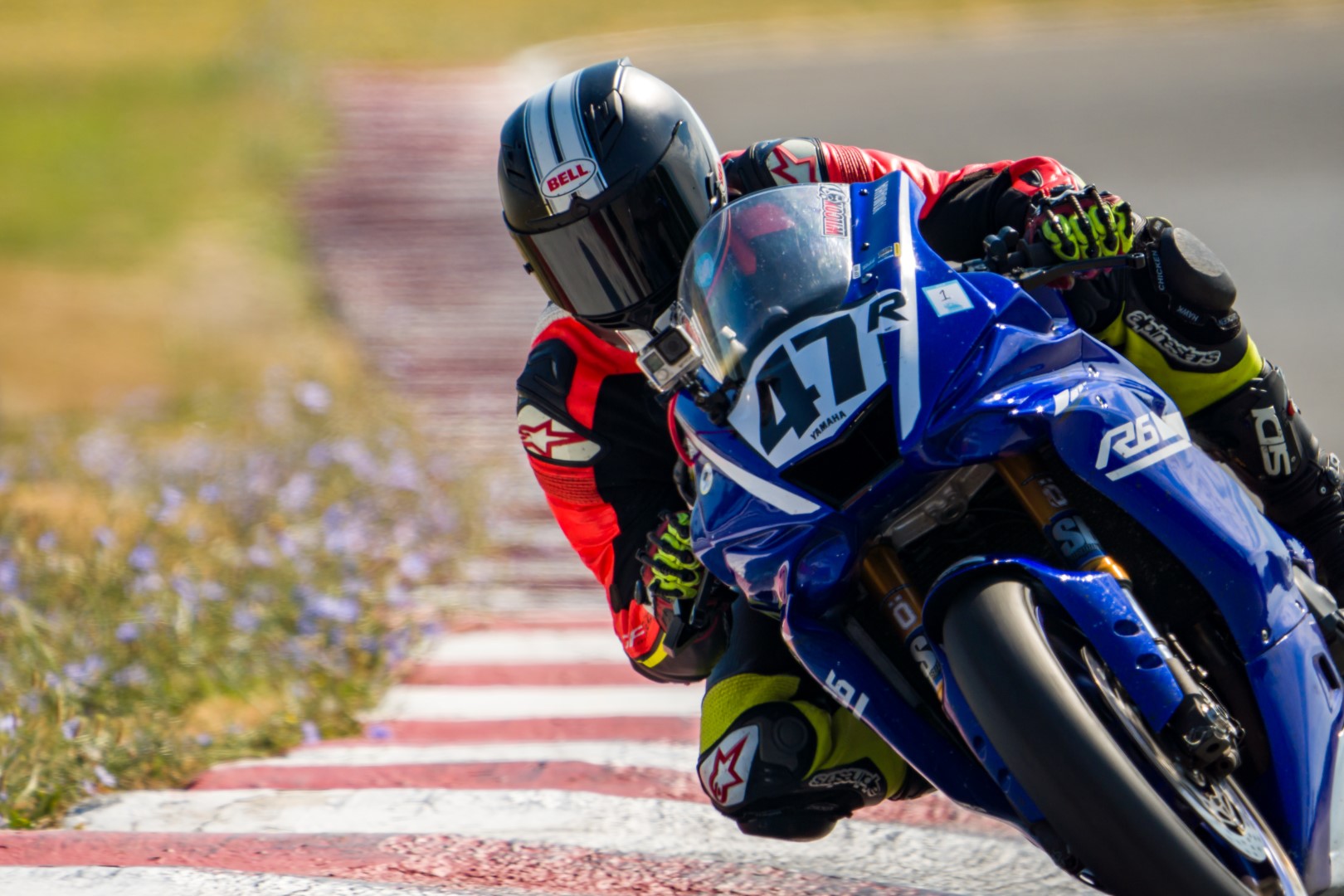