Thank you CRA for bringing club racing back to Laguna Seca!

I think this is the earliest I have ever registered for a race event. Getting an opportunity, at a high decible day nonetheless, to attend a weekend at Laguna Seca, is bucket list level.

I drove down from Washington Wednesday and Thursday, breaking up the 15 hour drive over two days to not be worn out when I arrived at the track. The pit was setup by Thursday night, ready to get to work Friday AM at the track day. 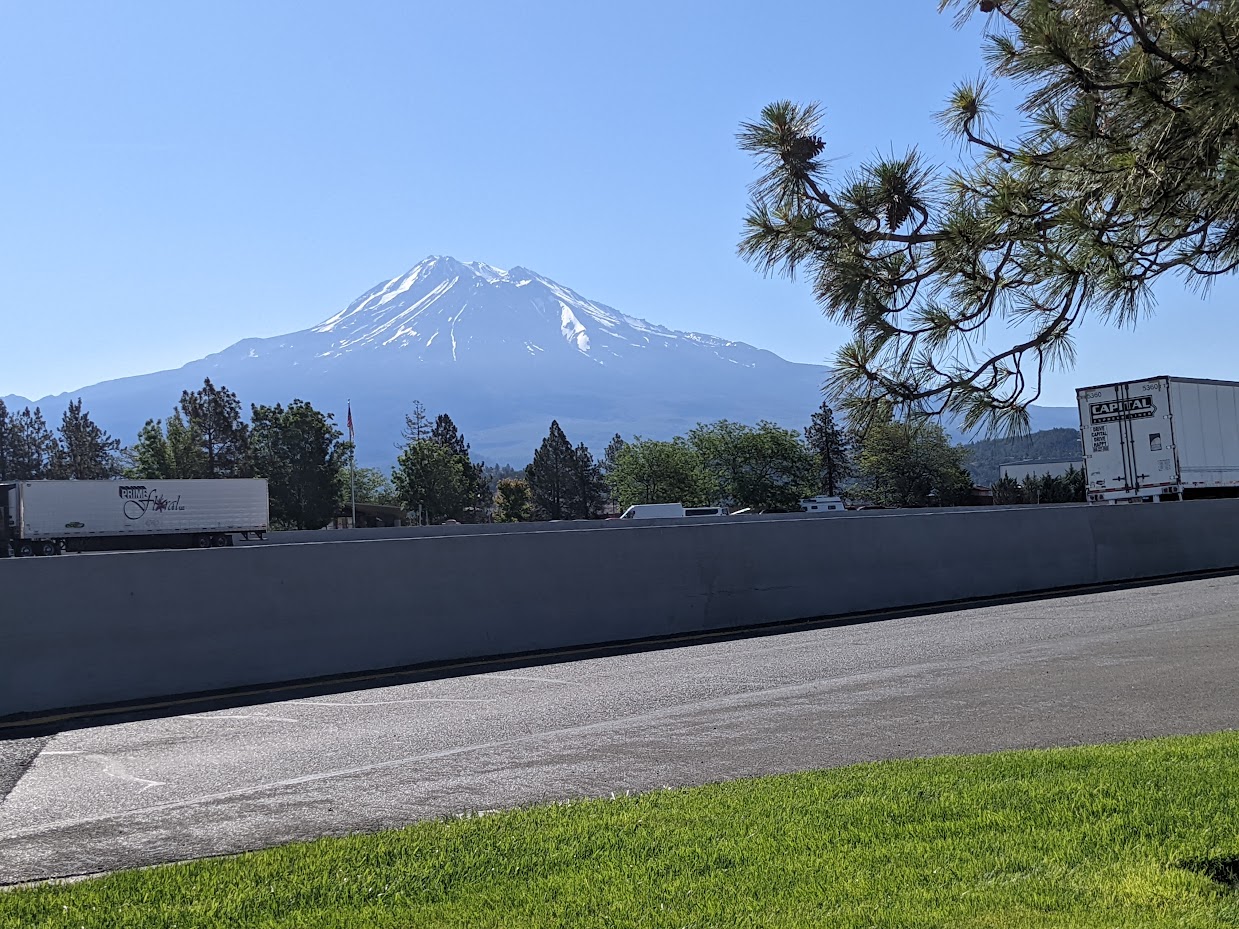 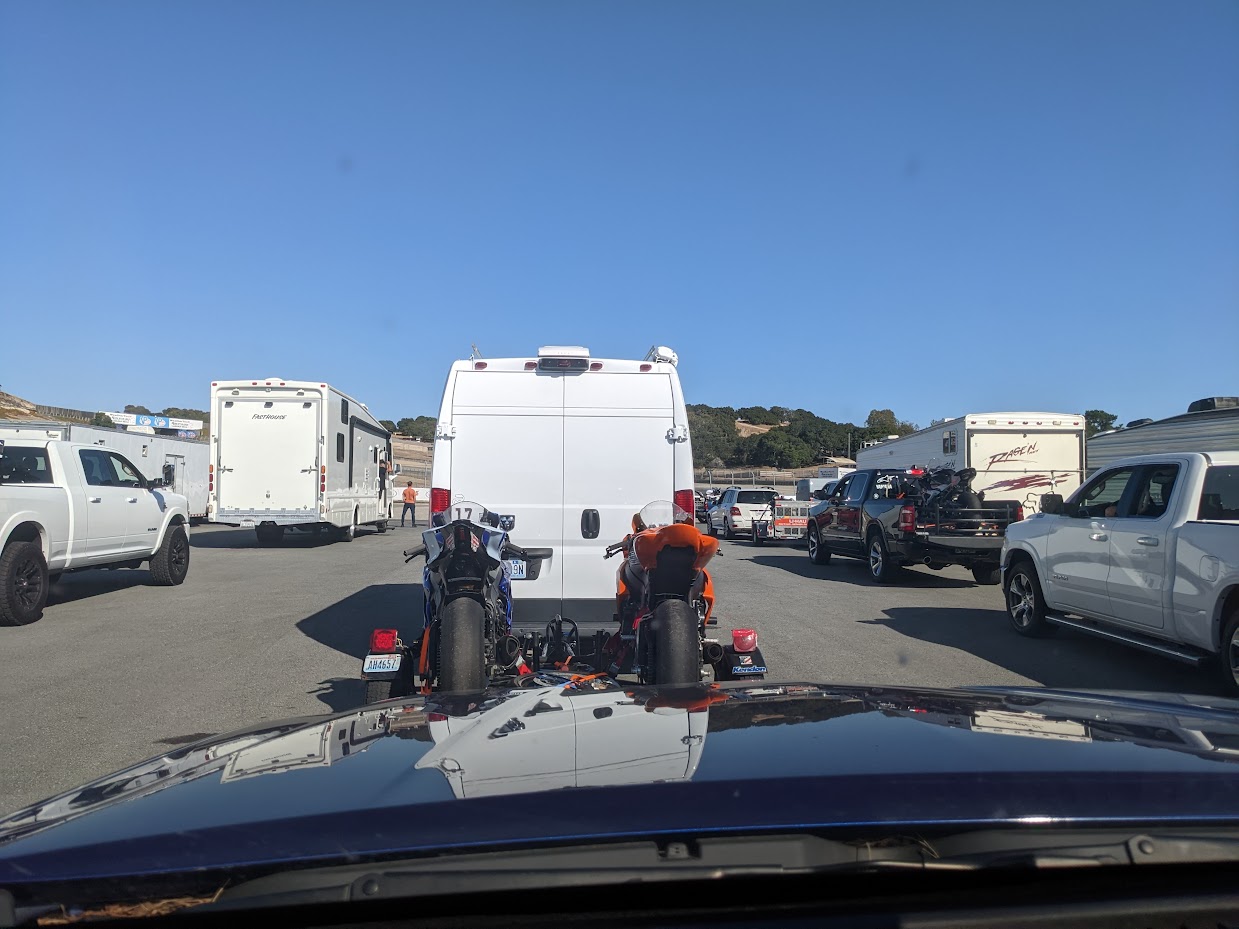 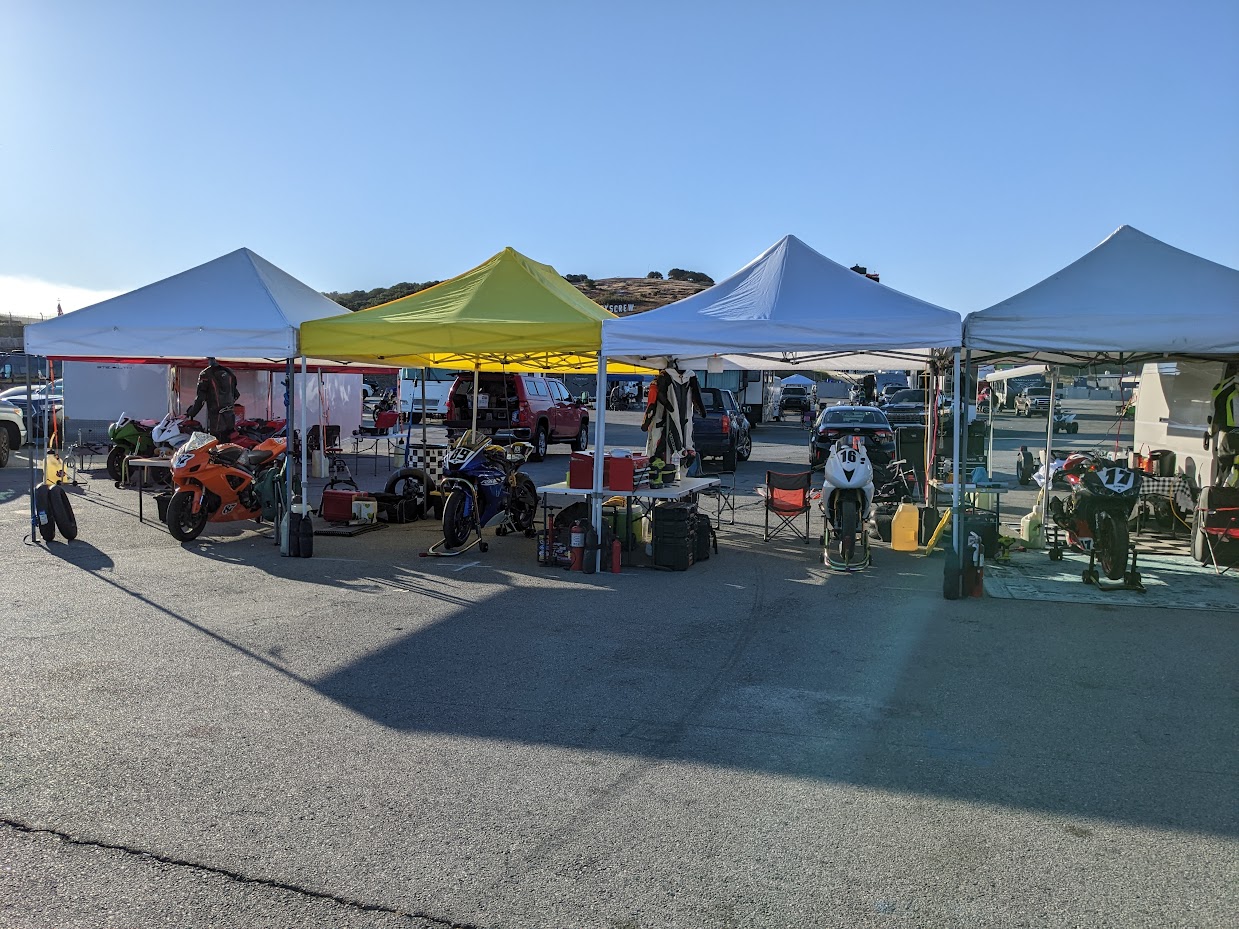 The track day was set to be well attended. To try and keep the track open though, TrackDaz ran four 15 minute sessions. A few people were overly eager and we had a few red flags that got in the way at times of getting up to speed, but I was able to mostly figure my way around the track, registering 1:44s by the end of the day. This was a bit slower than I expected but within distance. 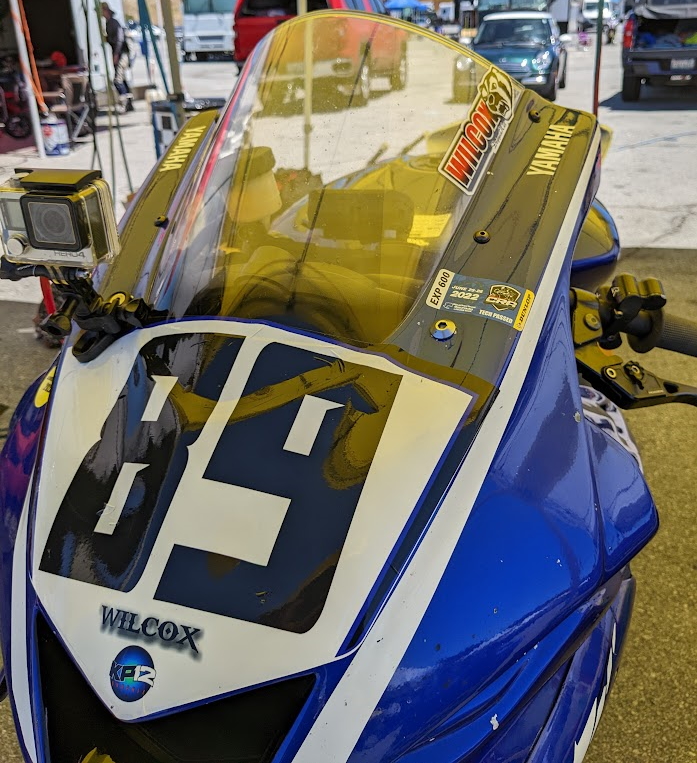 Saturday came and it was time to get to work. Qualifying would happen in the AM before the 20 lap 600 GT event. I have never been a strong qualifier, and this was no exception. I basically repeated my times from Friday, not able to really get my head down how I’d like. This meant I was going to be starting my races from the back of the grid. Good thing I am an okay starter, but I could have made my work easier if I had found a couple of seconds during qualy. 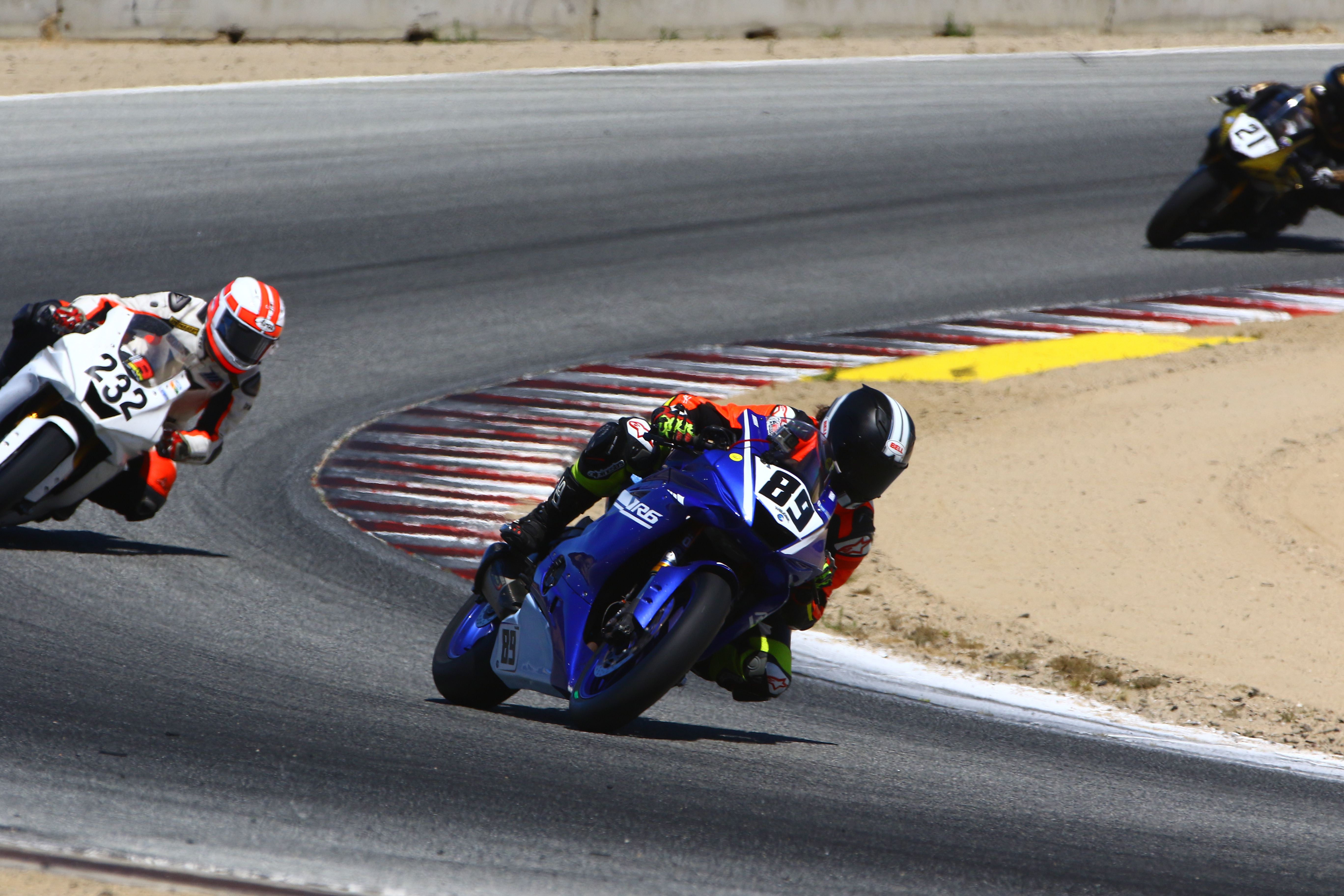 600 GT was a full event. I was starting in the 13th row of the grid. The start procedure with CRA differs from WMRRA. They don’t use a light system. Instead, the starter has a small ‘board’ which they start horizontal, then move vertical, they then wave the flag. When you can see green, you can go. Well, I was able to get this figured out and had a super start, making up a good number of positions on the start. My laptimes over the 20L kept coming down and down to eventually be in the low 1:39s. I had made it into the 30s. That was my goal coming in to the weekend. 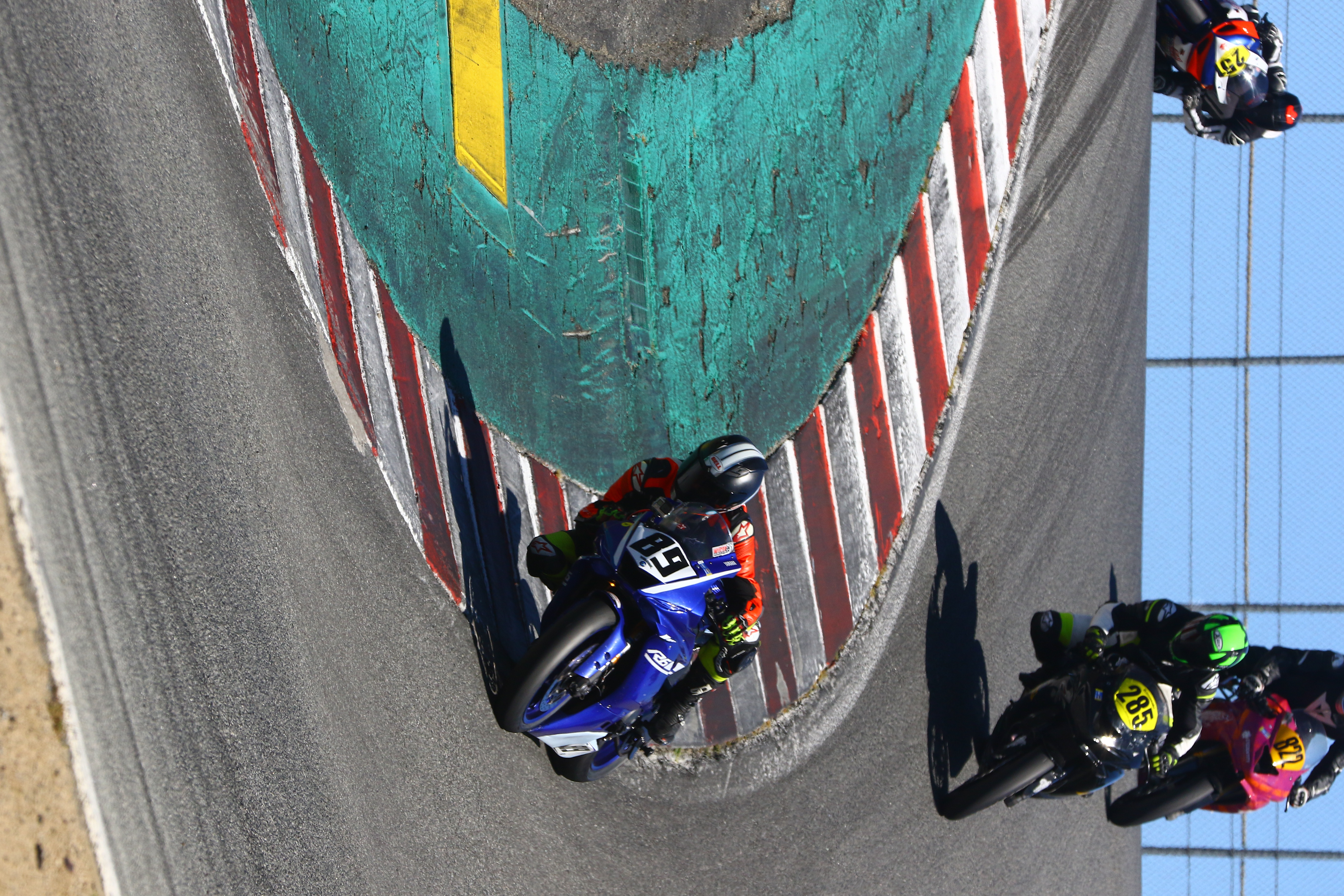 Sunday came and would bring two more events, 600 Supersport, and 600 Superbike. In 600 SS I was hoping to improve on what I had done in 600GT, while I didn’t get a faster laptime, I was able to get to that laptime quicker for an 8L event. About halfway through the race, Logan Oster passed me and I spent the rest of the race stalking Logan, waiting to make a last lap pass, figuring we were close enough, and Logan was clearly stronger in a corner than me, that he would try and come around again if I left the opportunity. This backfired a bit since we got lapped in the final 3 corners (Laguna is a short track and one rider was hauling this weekend) so I never got that white flag. That will learn me for waiting.

My final event was 600 SBK and I was really hoping to get into the 1:38s. I had thought about some areas to improve. Unfortunately I didn’t manage this. Two things contributed; the event was reduced to 6 laps (5 opportunities to put in that time), and I ended up in some battles that meant I wasn’t able to show open track pace. I ended this event with my best finish on the weekend though (18th) which is something to be glad about.

As soon as racing was done, packup began and I was on the road home by 5PM. Driving straight through meant I was home by 9AM Monday. 15 hours straight was a lot but was just another experience on this weekend. 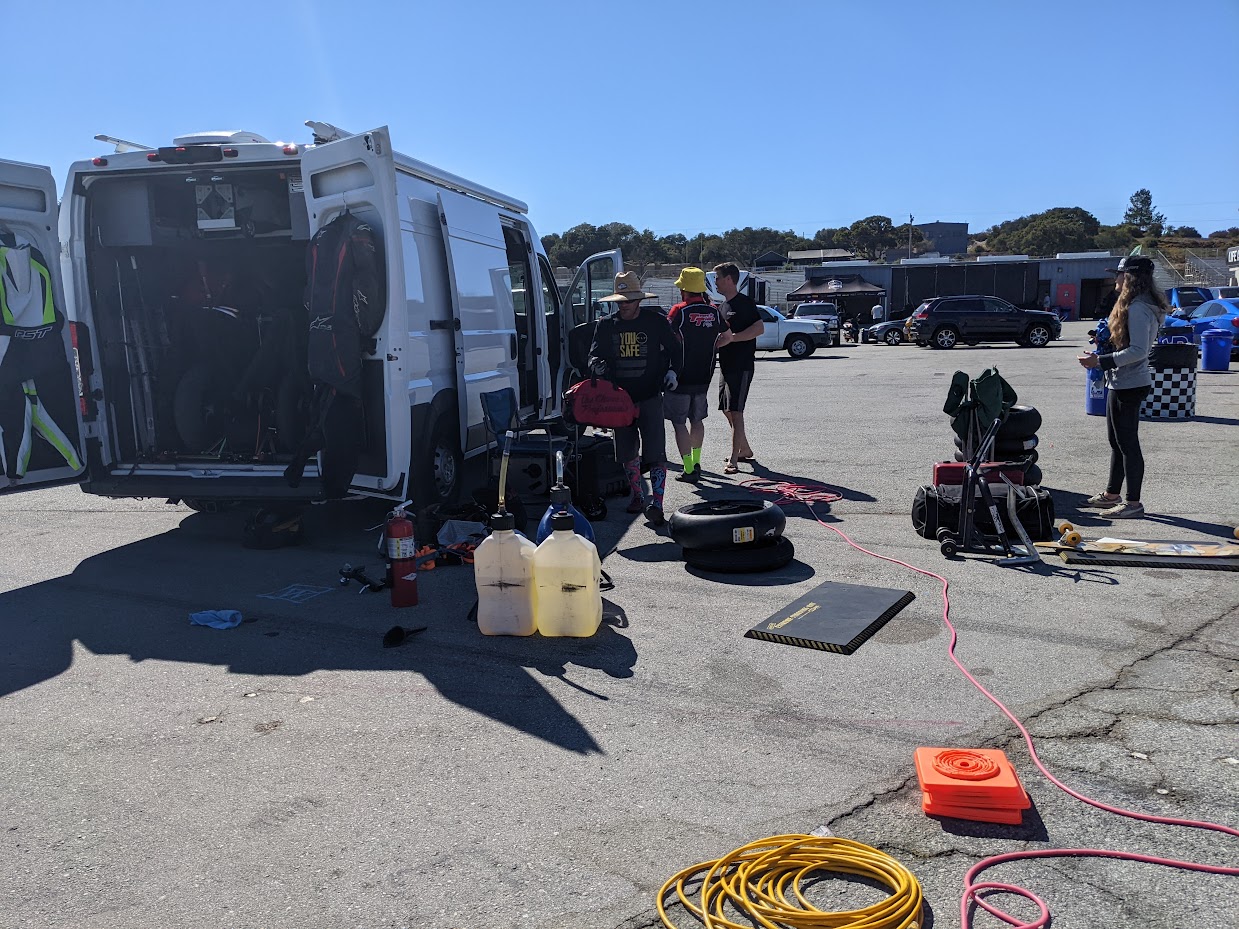 I have a lot of folks to thank this time. Thanks for Colin and Dave from SFR from agreeing to do this trip. Thanks to other WMRRA folks (Logan Oster, Dave Oster, John Vento) for also making the trek. We had a little group of folks from Washington trying to make an impression this weekend. And thanks to my wife Anna for not only allowing me to chase these dreams, but also for splitting driving with me and hanging out in a race paddock with all of us.

TL;DR - Laguna is a special place. I think I’ll be back.