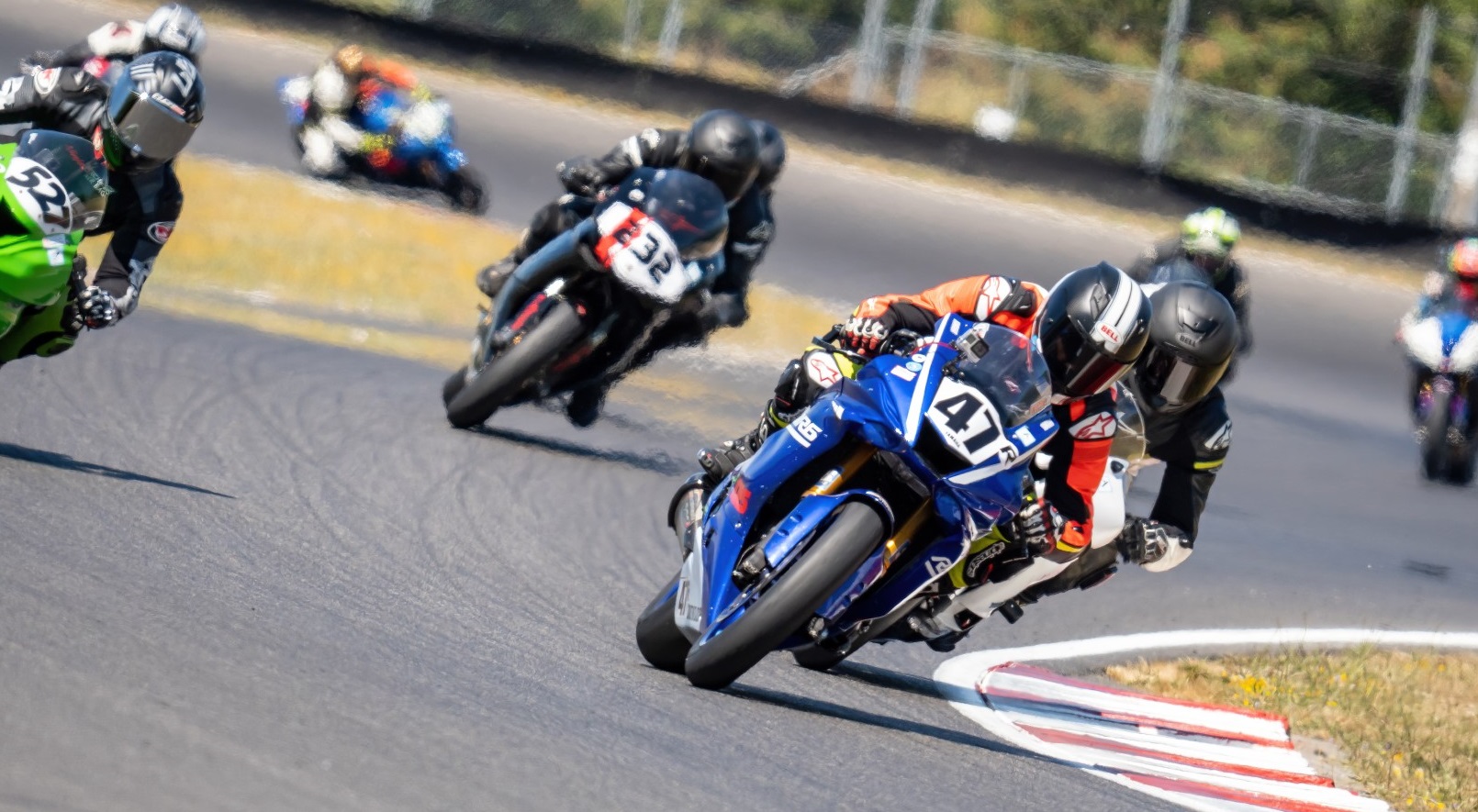 My first time at Portland International since 2019 and I smashed my personal best, got a couple of finishes in the top 10, and had an all aorund good time!

I didn’t do the track day prior to the round and came into Saturday cold. This turned the weekend into uphill battle, but seeing that the WMRRA races were being scored on Sunday, I figured why not use Saturday Race day as a bit of lively practice.

The morning practice got cut short due to an oil clean up from the friday night drags; I think I got one hot lap in before the checkers. Qualifying was longer, and I was able to set a time of 1:15.888, but that unfortunately is pretty slow for 600 grids. This meant that I would start my races from rows 6 or 7 in all of my races.

The first race of the weekend was 600 Supersport. I was able to set a pace in the 1:14s, which for me was not bad. I scored a 12th place at that pace, but saw some areas for improvement.

The 600 Superbike was at the end of the day which meant I had plenty of time after Supersport to go over data and video. I reviewed my laps from the earlier race and saw some areas I could improve.

I got a great start for the Superbike race, really working through some riders into T1, giving myself good position for the race. I ended the race in 7th place. Finishing in the top 10 at Portland felt amazing! 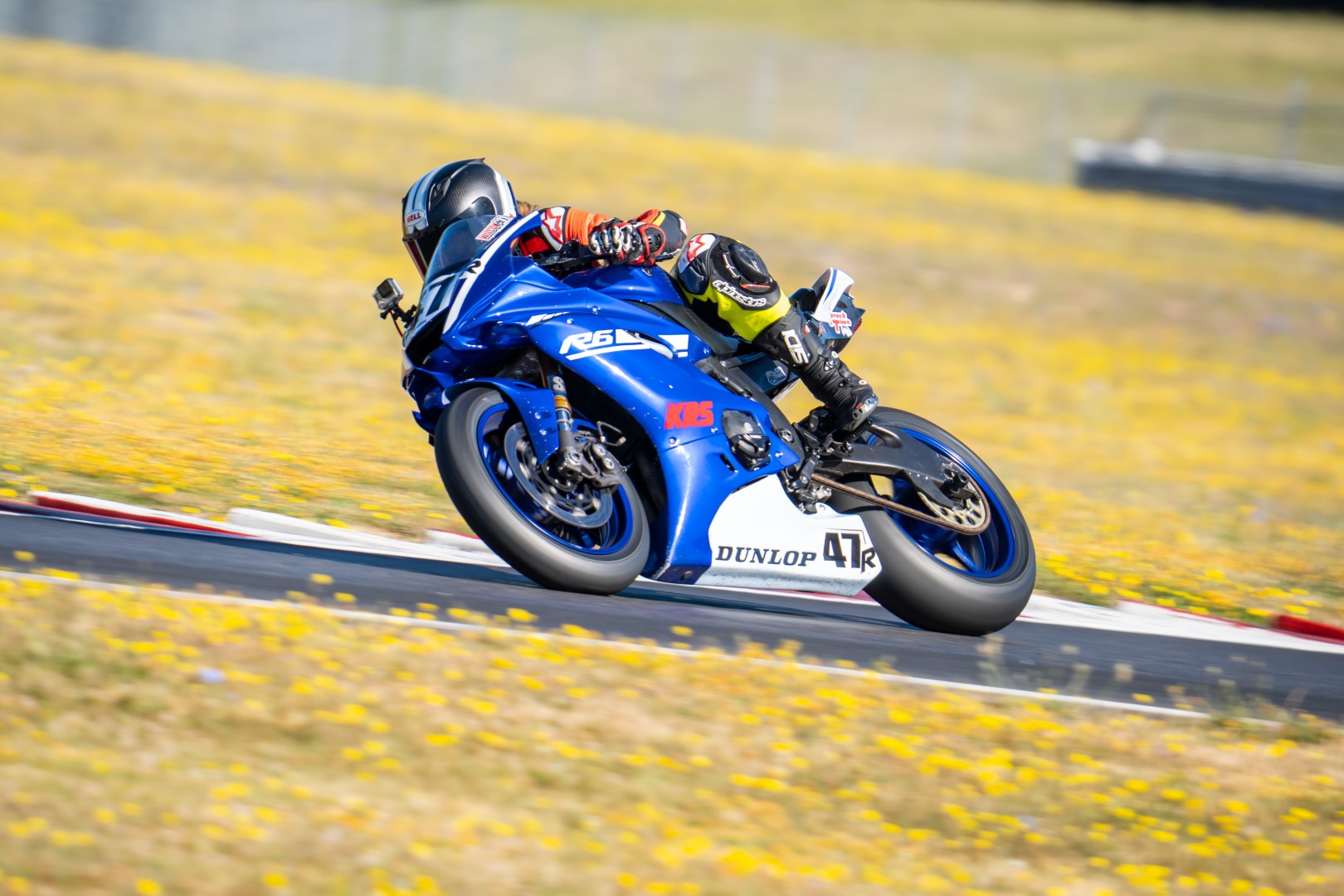 All of the WMRRA points races were scheduled for Sunday. There were three races total, which are all of the classes I would normally run over a weekend. It was interesting to race so many races in a weekend (5 total) and I was excited about Sunday after my decent results on Saturday. I had spent Saturday night going over data, trying to find areas to improve and was exciting to put those learning to work in Formula 2.

The first race of the day was F2. I got a great start, in the top 10 into turn 1, despite starting from a ways back. I really dug in to the pack in front as best I could. This race had a few crashes though. Garret Visser went down in Turn 4, and Ryan Doherty had a bad off in Turn 9 that red flagged the event. The remainer was moved to the end of the day.

The next race, 600 SS started with a strong start as well. My lap times were mostly in the 1:13s and 1:14s, but I found a 1:12.972 during the event. This was my fastest ever lap at PIR. I was shocked given that I was dicing a lot with some other riders such as Miles McElhany and Micah Kudo. The pack in front (Garret Visser, Mallory Dobbs) had a gap to us, so the goal was to end up in front of my group. Mallory went down in T4 unfortunately but she cleared the track super fast; serious sprinter skills. In the end I was able to stay in front of the pack for a strong 7th place finish. 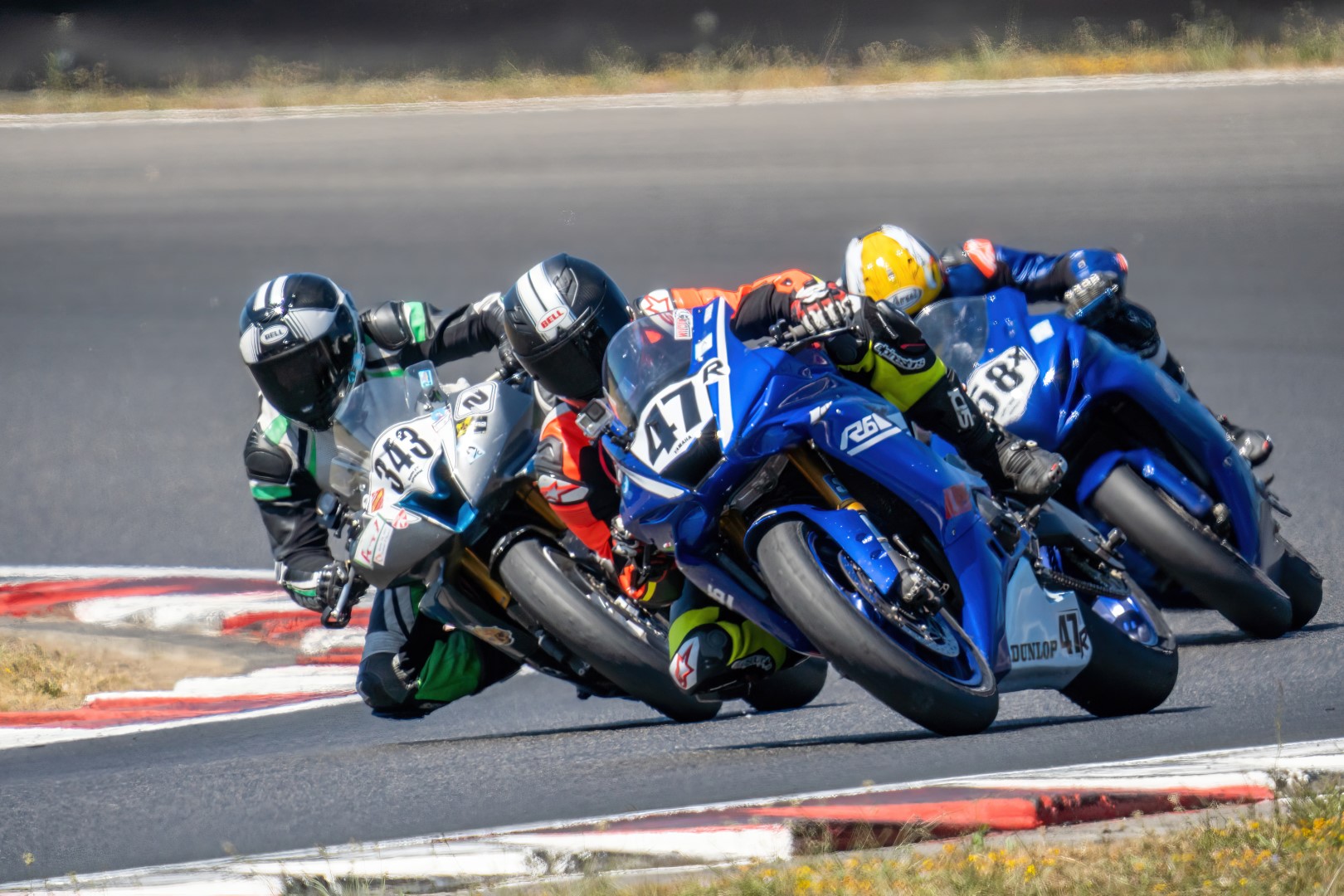 Unlike my other races of the weekend, 600 Superbike was not a stellar start. Into turn 1, I ended up boxed in between a number of other bikes and was a passenger of sorts through the corner. Then, in the event, I made the error of mirroring some of the mistakes of riders in front of me, slowing my pace down from my previous race. Unsurprisingly this was the weakest race of the weekend, with me finishing 14th.

To cap off my least good race, when we were putting the bike on its rear stand in the pit, one of the spools snapped. It took every bit of energy I had to stop the bike from hitting the pavement. It seems I have an appointment with a bolt extractor this week.

I came into the second part of F2 with hopes of bettering my performance after an unsatisfying 600 SBK race. I got a good launch and really charged into turn 1. This put me in a race with Mallory Dobbs, Micah Kudo, and a couple of others. I was doing a good job holding off Micah as he tried to find a way around me in just about every corner on the circuit. I was working hard to get close enough to make a move on Mallory but I never did pull that off. Micah however made an awesome move. He got even with my wheel on the outside of Turn 1, stayed to my left through turn 2, and shot up to get the inside line into Turn 3. I thought I could get a good drive out of Turn 9 and pip him at the line, but it wasn’t in the cards. Great racing Micah! I finished 10th in this race.

It was a race weekend full of racing and a load of fun riding with the Oregon Motorcycle Road Racing Association (OMRRA).

Thanks to my wife Anna Piechowski for helping in the paddock, along with the rest of Short Fuse Racing. Thanks to Track Time for allowing me to marshal for the organization to become a better rider. Thanks to Kump Racing Service (KRS) and Dunlop for sticky tires.Thanks as well to the OMRRA and visiting WMRRA staff for doing all they can to host a safe and fun filled race round. 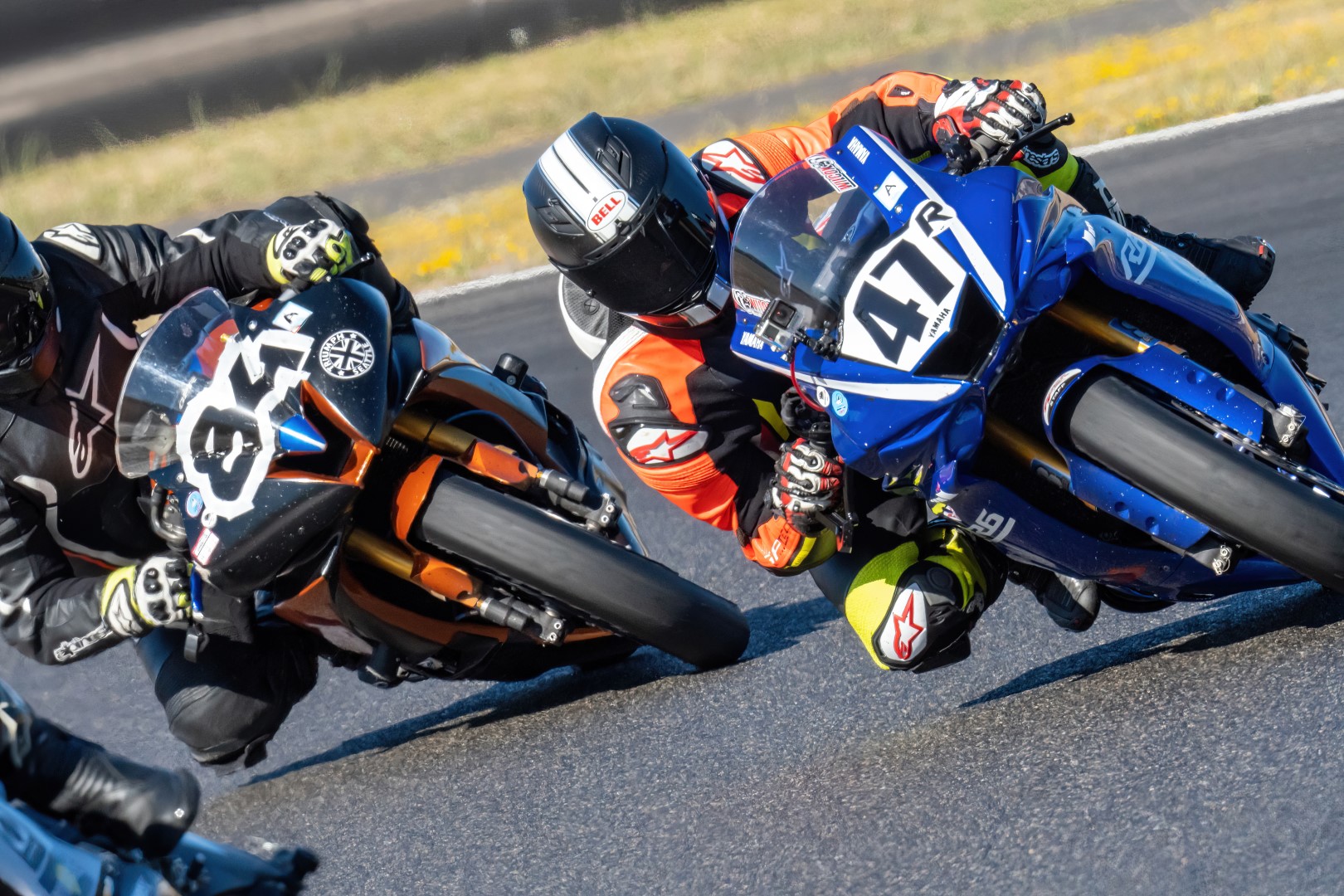