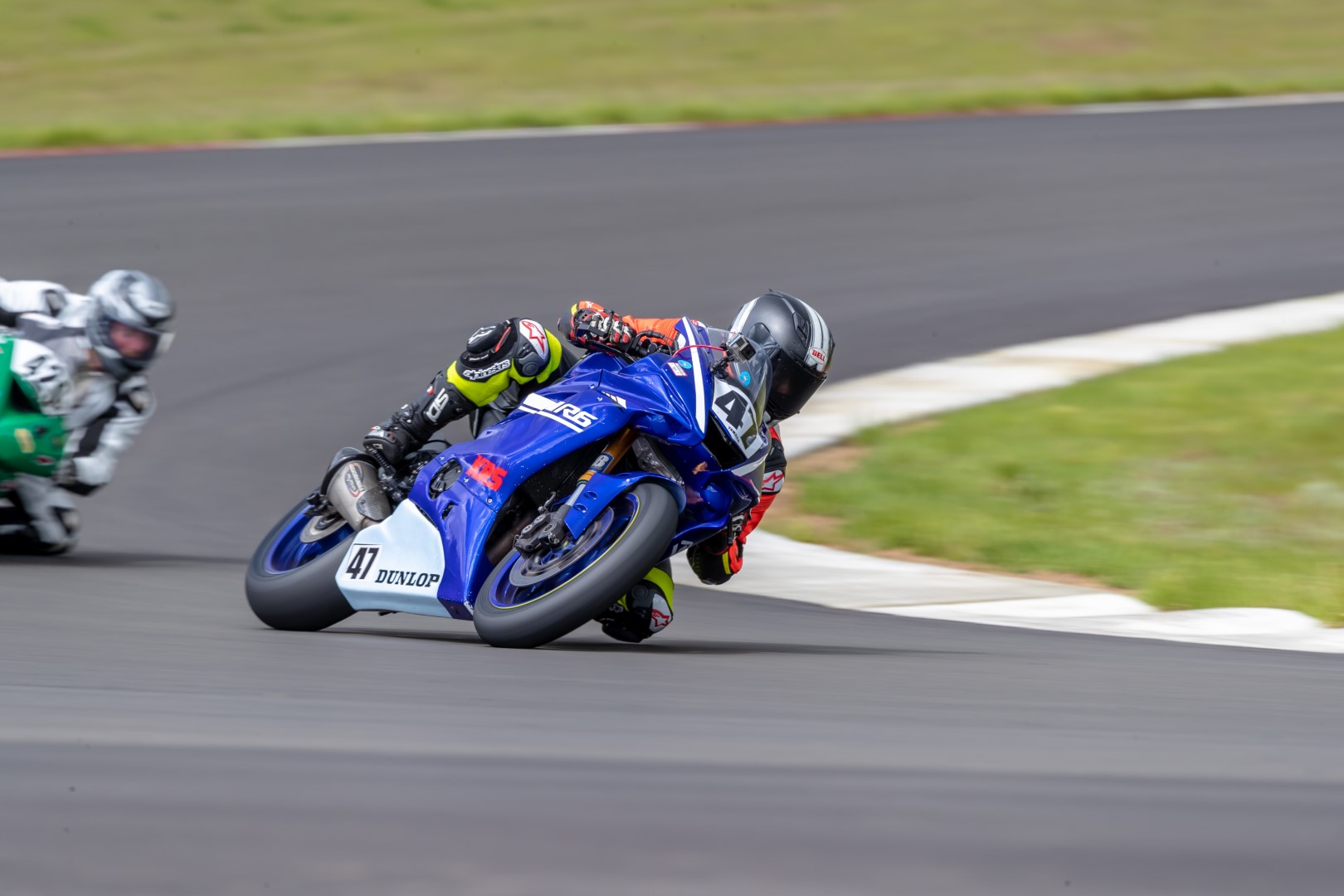 This season brought some changes. I am riding a 2017 Yamaha R6 this season with electronics that are in another league to my previous 2007 Yamaha R6. The suspension setup is different, I have moved to Dunlop Tires, and I have a novice this season.

This made Saturday morning a bit busier than it usually is. I was worried about getting myself in order and making sure my novice was well supported. By the end of practice/qualifying, my laptimes were in the ballpark of my times last season.

The first race of the weekend was 600SS. The Launch Control on my Yamaha R6 is pretty trick. It will take some getting used to it, but I think my starts should be more consistent. The race was a bit uneventful, without a lot of passing. I had begun to catch the group in front at around half distance but unfortunately the race was red flagged due to a bike just off track in the chicane.

I got an excellent start in 600 Sportsman. I had the holeshot but one rider got around me in the early corners. I would spend the race trying to get back around them. Unfortunately, due to this being a waved race with Open Sportsman, I spent too much time trying to navigate through some of the liter bikes and it made it difficult to get back out front. 2nd place isn’t bad but I was hoping for the win.

Back to back racing with 600 SBK

There aren’t any 16 lap 600 races, but I sort of simulate it with Sportsman and straight into 600SBK. Anna stands at track exit so I can grab a sip of water and then I go right back out again.

I got a great launch and was immediately on the train for this race. I would spend my race battling for position with Jeremy Goddard and Joel Ohman. Joel raced me right to the line where we both had to get on the binders hard after the finish to not run off. This was great fun! 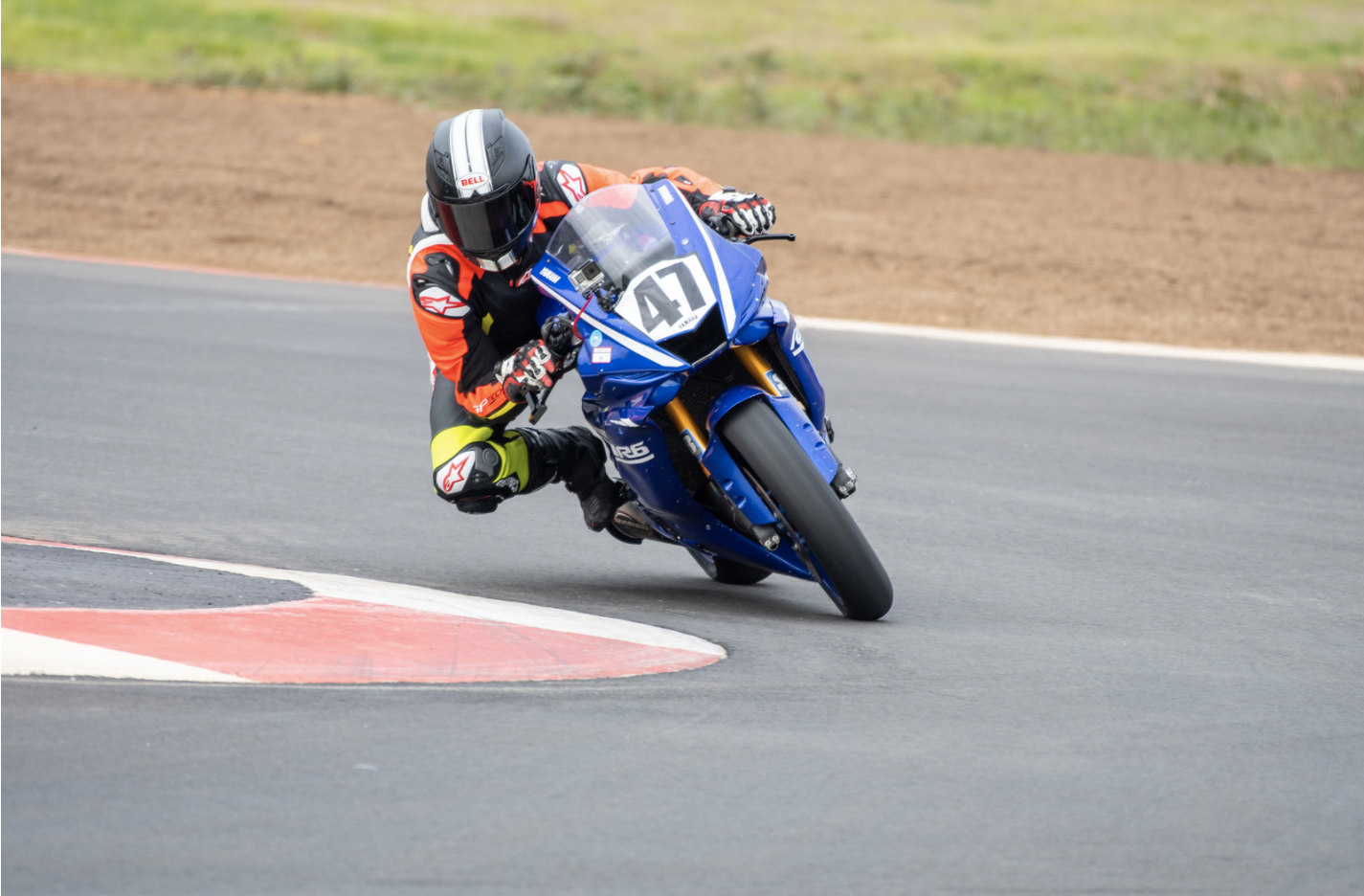 I had a single race Sunday. This turned out to be a near copy of my 600 Sportsman race Saturday. I did manage to get around the lead rider but traffic slowed me up and they got around me again.

The liter bikes weren’t sure if I was in their race so they were very much blocking lines where they could. It is on me to get around them but I didn’t pull it off. On the final lap, one of the liter bikes ran off in 13, and the other, Chance, crashed out in the ridge complex. I ended up standing the bike up and mowing the lawn a bit.

Some much needed thanks

It is great to have the first race of the season recorded. I want to thank my wife Anna for all of her help this weekend. I had a lot of new things to manage and she helped keep things going.I also want to thank Track Time for having me on staff. Having access to some of the highest quality instructors like Ken Hill has helped me improve my riding over the last couple of seasons. If you are looking for coaching, or just a great organization to ride with, come sign up for a day and/or instruction.

Also, thanks to Kumpy at KRS for getting new Dunlop rubber mounted up quickly at the start of the weekend. 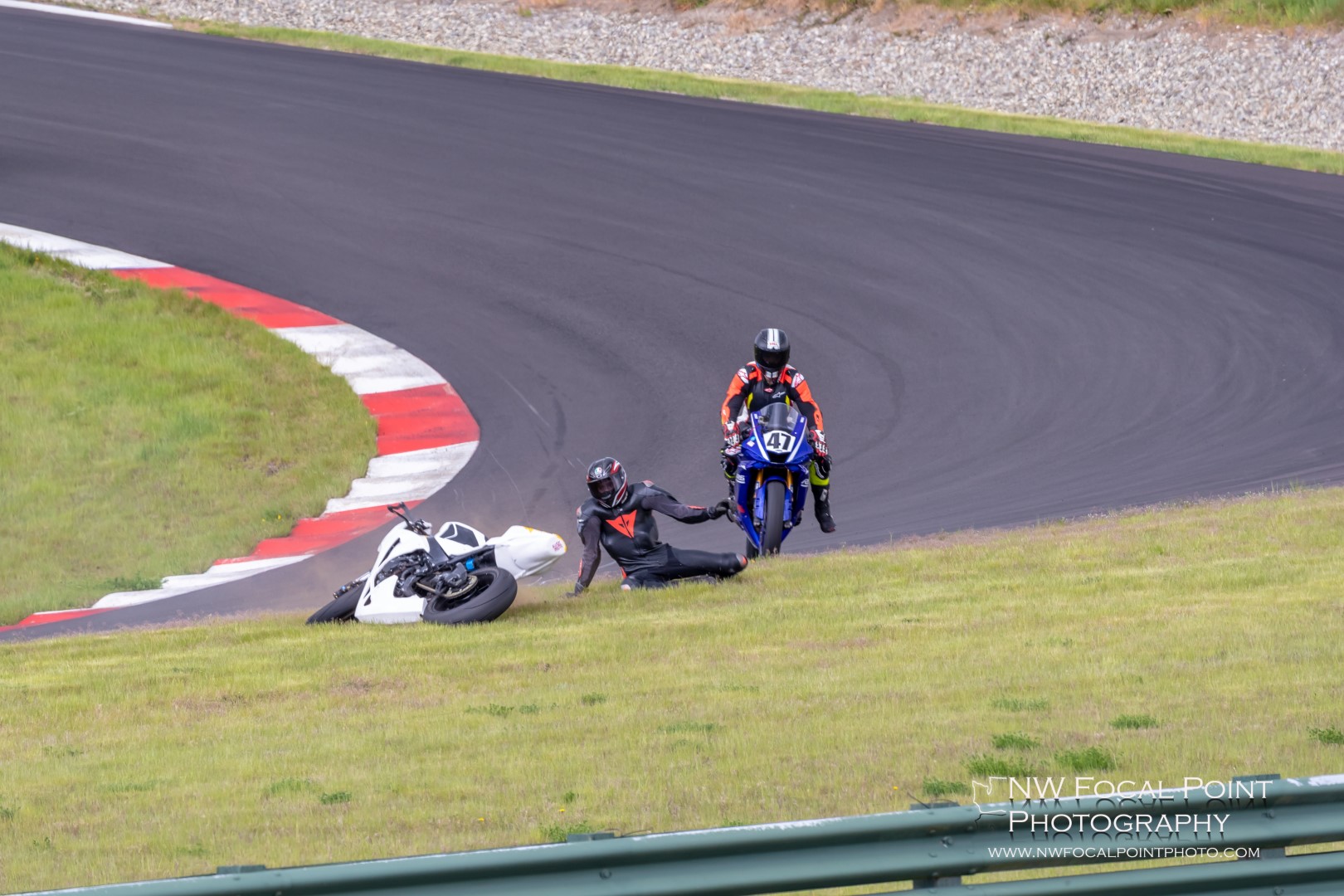