It was the first race of the 2019 season and I definitely had some cobwebs to shake off. I hadn’t been on the bike for about 8 months and it showed. I spent the practices refamiliarizing myself with the R6 and by the second session I was feeling more at ease.

The first race of the weekend was 600 Sportsman. I was definitely not feeling 100% confident. My brake markers were early, far too much neutral throttle as a result. I raced with a few familiar faces (Mallory Dobbs, Dustin Edwards, Keith Stone) and this was a great opportunity to start to feel more confident racing again after a long winter. In the end I took 10th.

By the second race I was definitely doing better. My laptimes had come down to the slower side of normal, even if they were a good deal off from my best races lat season. While I didn’t have a chance to fight with anyone much in this race, I felt some good improvements. I would finish 21st in this race, but this round was a lot about shaking the rust off.

Sunday brought only mild time improvements, but I felt more up to speed with the bike. I rode good races and was able to battle a bit. I placed 13th in 600 Classic Superbike putting in a group of 1:39 lap times; my best times of the weekend. In 600 Sportsman Miles McElhany was all over my rear tire for the end of the race. I almost thought he had me with a quality move through turn 10 on the last lap, but I was able to gather myself, get a good exit from the bus stop, and drag him down the straight to just edge him out.

Thanks to my wife Anna for helping me in the pits all weekend and for Keith Stone, Jacob Hellstrom, Matt Wichgers, and Dave Pierce for keeping me company. Also thanks to Dane Anar for some photos that make me look fast on the bike, even if I felt a bit slow this weekend.

While I am missing Round 2, I can’t wait to be back on track with WMRRA. 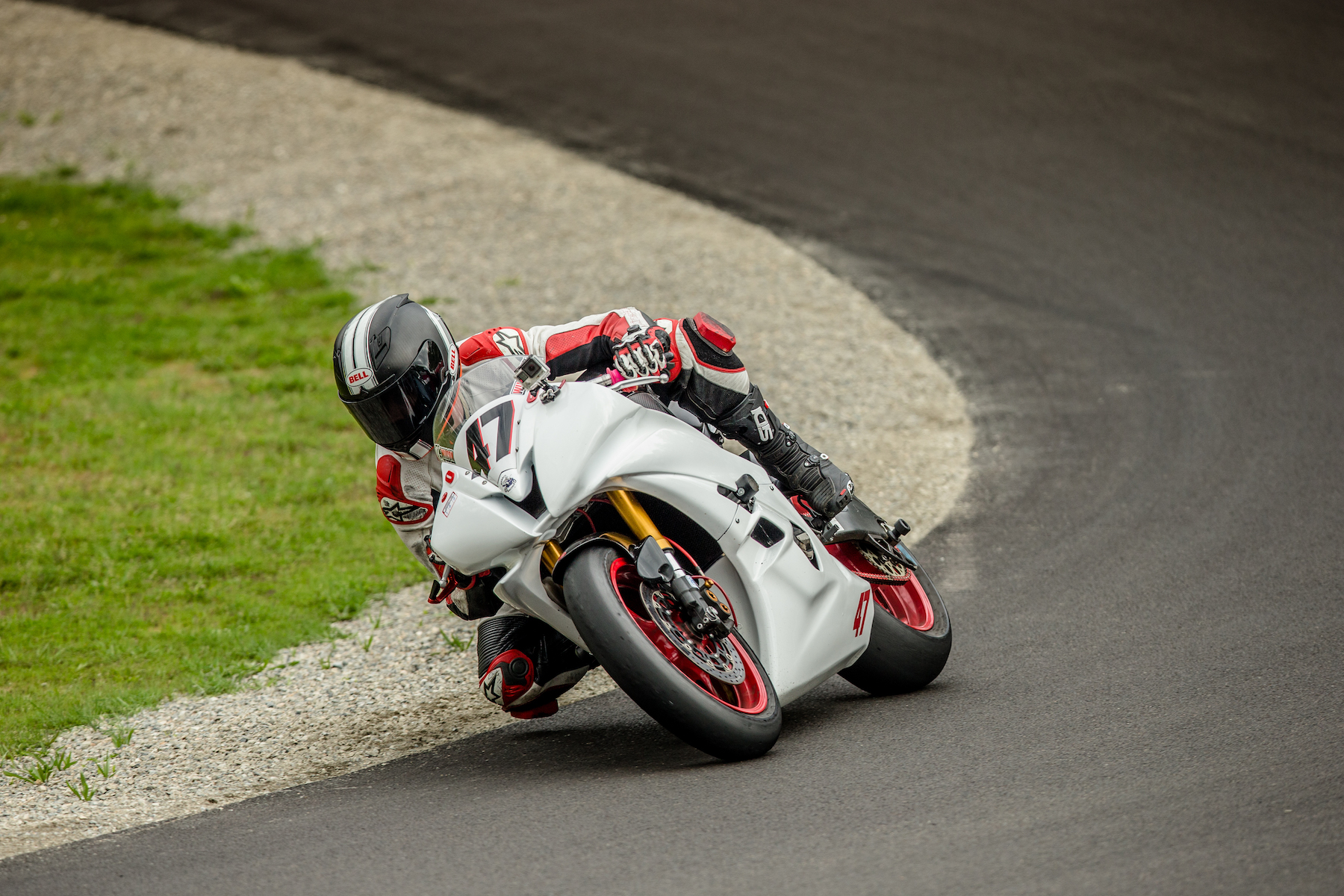