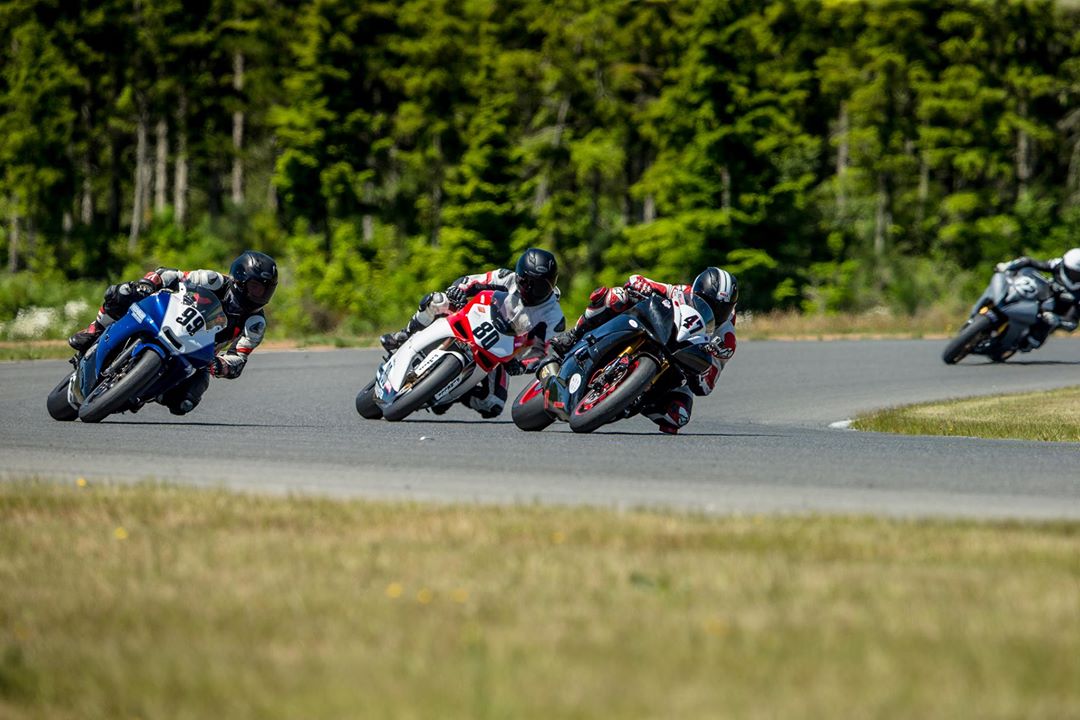 It was a rather hot round. Hot enough that the Pirelli SC1 rear was getting slippery. I pitted with the Speed Goats again and might just make a habit of it. They are some pretty swell guys to spend the weekend around :)

This was the first round since the bike mechanical’d out of endurance. I thought it was fixed after marshalling but starting with practice something wasn’t right. One shift point was ‘notchy’ and occasionally didn’t want to go in. That was a bit disturbing, but I pressed on.

Clubman started off with a great start. I entered turn 1 in 3rd and was able to mostly hold onto the guys in front that were going for it. I started to lose spots though. It was a packed race and there for sure were some aggressive moves being made. I had a guy shoot up my inside once and run off into T13 and watched Patrick Cassidy try an aggressive move on the last lap. I think this made me ride a bit more cautious to stay out of trouble. I would end in 12th place. I did get my best time to date (1:53.1) so still improving!

600 SuperSport was a different story. I think I got two laps in before my bike got stuck in gear. I wasn’t able to shift and as a result was basically dead in the water on corner exit. I pulled the bike into the pits. I ended up missing Sunday as I had to rip the bike apart to find the issue. Here is to hoping I can have it working and the fix sticks for Round 5!

Thanks to my wife Anna Piechowski for coming to hang out in the pits, to Shorai Inc. for keeping the bike turning over, WHO is DANE Photography for standing in harms way to make us look fast, Moto G Racing / Pirelli for some sticky rubber, and for Speed Goats Racing (Matthew Wichgers, Zac Smith, Morgan Strobel, Kent Swendseid, Keith Stone) for being awesome pit mates.