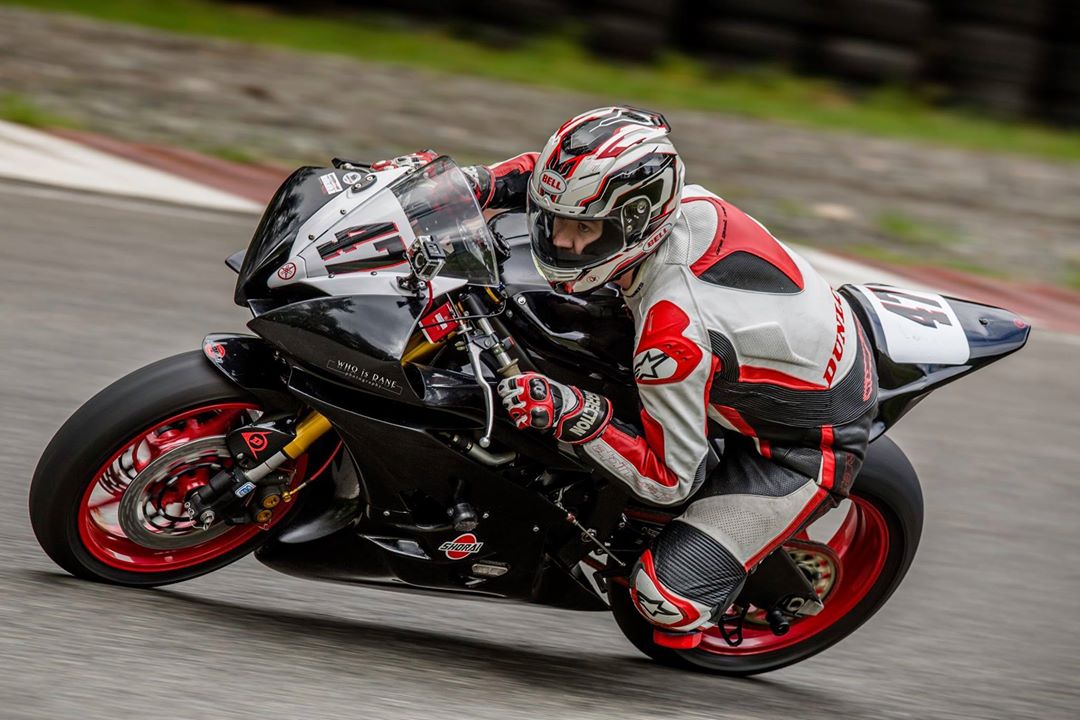 This weekend was my first race weekend as an expert and the one word that comes to mind repeatedly is exciting. I was thrilled to be on the same track as all of the racers I have been looking up to. The weather was heavily variable from sun to rain and was definitely another opponent on track for many riders.

I started the weekend completely green. Morning practice was the first time I had been on the R6 in 7 months. To add to that I had changed brake setup and suspension and, as a result, the bike felt almost entirely different. My times showed it. I was running slow and trying to shake the cobwebs off. Practice became a bit of spring cleaning.

Then came 750 SS. I fully expected to get walloped here but I wanted the extra race to get up to speed. I was unsure of my brakes as they didn’t feel bedded in to me (they were fine), and my suspension was still getting dialed in. I ran the slowest pace of the weekend and ended dead last. I was already a bit faster than my novice pace though. Something about chasing down some insanely fast riders helps.

Then came 600SS. This was the race I was really excited about. I had adjusted my suspension a bit from 750SS since I had a race to compare the handling and not a slow practice. I got a bad start but was happy to get to battle into turn 1 a bit. I was disappointed with my starts all of last year as I could get an alright launch but then I would be timid into the first few turns and give up the hard earned positions. I am better but my game in turn 3 at Pacific is going to need some work. I set an all-time personal best time at Pacific on the last lap as well. The confidence I have gained in the front end is huge. Thanks to KFG Racing and GP Suspension for making some awesome cartridges!

Clubman was all around fun. Keith Stone and Keith Blumhagen were behind me the whole race and for sure were creating pressure. Keith’s video from behind me was amazing to watch!

Thanks everyone for a memorable first round of 2016 and first round as an expert! I have room to grow but this milestone is a great achievement. Thank you so much to everyone who helped to make it happen.